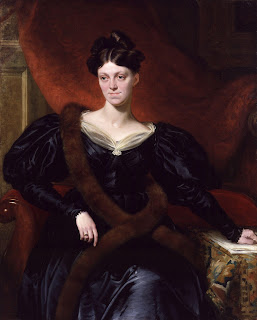 This week, the distinguished contemporary writer Ali Smith gave the inaugural Harriet Martineau lecture for Norwich Writers’ Centre, bringing alive a woman who in her time was ubiquitous, but who now is hardly known.  Martineau was a political journalist, an early sociologist, a radical campaigner, a traveller and an author who inspired Charlotte Bronte, Charles Darwin, George Eliot, Virginia Woolf and many others.

Ali Smith began by pointing out the extraordinary coincidence that first Harriet Martineau and twenty years later Elizabeth Fry (neé Gurney) were born in the same house, Gurney Court, off Magdalen Street, Norwich, ten minutes walk from where I am writing this blog.  Martineau was shaped by the Nonconformist Unitarian milieu in which she grew up.   As a child, Martineau was a prodigious learner, for example she committed Paradise Lost to memory.  Perhaps as a result, she was always a redoubtable free-thinker.  She was arguing with the Bible from the age of 8, and later decided that gods, whether in Eastern or Western versions, were no more than human creations.  This conclusion rather dismayed her Unitarian family.

Growing up, with a mother who promoted feminine graces, she seems to have used sewing as a cover for learning: "When I was young, it was not thought proper for young ladies to study very conspicuously; and especially with pen in hand.  Young ladies...were expected to sit down in the parlour to sew, - during which reading aloud was permitted".  Not only did she sew all her own clothes, she also used needlework as a way of supporting herself as a young writer, after the collapse of the family textile business in 1828.  "I sewed indefatigably all those years...I made literally all my clothes, as I grew up...The amount of time spent in sewing now appears frightful: but it was the way in those days, among people like ourselves".

Martineau began to go deaf at the age of 12.  She also lost her sense of smell and taste.  But she did not let this undermine her, saying later “this same deafness is about the best thing that ever happened to me”.  Ali Smith talked about how Martineau had to work out how to hold her ear trumpet so it did not disturb her hat.  Her 1834 essay “Letter to the Deaf” advises people with hearing loss to be independent and sociable.  Hearing  people, she suggested, should be matter-of-fact about deafness.  The essay was reprinted by welfare societies for the benefit of deaf people.

In the late 1830s, Martineau came to fame as a writer with a series of monthly parables about economics which were read around the world and underpinned her financial security, as well as earning her a lifetime ban from Russia.  In 1835, she toured America and spoke at anti-slavery meetings which led to mob protests and death-threats.  On her return, she wrote Society in America, with the abolitionist theme again leading to outrage across the pond.  It was at this time, through a friendship with his brother Erasmus that came close to marriage, that Martineau influenced Charles Darwin.  Her work against slavery later earned her a commemorative statue in Wellesley College, near Boston.

For feminist Martineau, the personal was political.  Every experience turned into an essay.   For example, in the 1840s, she spent five years as an invalid, possibly suffering from a uterine tumour (I was glad to discover she stayed for a time with her brother in Newcastle, and in Tynemouth, using her telescope to watch the beach).  Eventually, her symptoms were miraculously cured by the fashionable new technique of Mesmerism, or hypnosis.  Immediately she wrote about her illness and cure, in another collection of essays, Life in the Sick-Room.

In 1845, Martineau went to the Lake District to convalesce after illness, and fell in love with the scenery.  She bought a field near Ambleside, and designed and had built “The Knoll”, which still exists and can be rented as a holiday cottage.  She would hold tea and dinner parties, where guests like Wordsworth and Coleridge would be encouraged to plant  trees in her grounds.

In 1846, travelling in Egypt, Palestine and Syria, she was very interested in the life of the Harem, which she considered must be extremely boring.  According to Ali Smith, Marteau asked her host to buy skipping ropes for the women she had met there, so they would have something to do and a means to keep healthy.  For herself, after a rather disastrous early romance, she seems to have decided that she was better off single.

In 1851, Martineau wrote Laws of Man’s Nature and Development, a proto-evolutionary text (eight years before Darwin published).  Written in epistolary form and promoting atheism, it was widely condemned for its secularism.  When Darwin finally published Origin of Species in 1859, she lamented his obfuscation on the matter of God.  In 1853, she translated the work of Auguste Comte, the pioneering French sociologist, into English.  Two years later, fearing imminent death from heart disease, she wrote her autobiography in three months.  She was to live for another twenty years and her auobiography would be published posthumously.

Harriet Martineau wrote 1642 newspaper editorials and 100 books, and had opinions, and influence, on every topic of the day.   Many of her articles were unashamedly feminist, for example when she wrote about the problem of wife-beating.  She campaigned for women’s suffrage and against the notorious Contagious Disease Act, favouring instead regulated prostitution.  She also collaborated with another great Victorian thinker and disabled person, Florence Nightingale, to improve the situation in hospitals. With her first-hand knowledge and personal contacts, Martineau covered the American Civil War extensively, naturally taking a pro-North, pro-Lincoln campaigning stand.

But Martineau was by no means a straightforwardly progressive figure.  Coming from a manufacturing background, Martineau supported a laissez-faire approach in economics, in contrast to Dickens and others who favoured regulation of factories to achieve better health and safety – what she described as “meddling legislation”.   Her outspokenness naturally caused friction, but she was also widely admired.  George Eliot wrote "she is a trump -- the only English woman that possesses thoroughly the art of writing."

Harriet Martineau’s novels include The Hour and the Man, a historical novel about the Haiti slave rebellion of Toussaint l’Ouverture, and Deerbrook, about a failed romance.   She also wrote four novels for children.  To modern readers, her style appears long-winded and ponderous, which is perhaps why she is not often read today.  Ali Smith quoted the obituary that typically Martineau wrote for herself:

Her original power was nothing more than was due to earnestness and intellectual clearness within a certain range. With small imaginative and suggestive powers, and therefore nothing approaching to genius, she could see clearly what she did see, and give a clear expression to what she had to say. In short, she could popularize while she could neither discover nor invent.

This modesty obscures the reality that Harriet Martineau was an inspiring, pioneering, passionate, original woman: would that any of us could leave a legacy half as significant as hers. 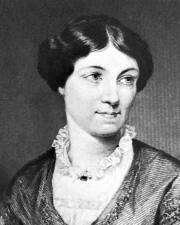 In closing, Ali Smith suggested that now that Elizabeth Fry is to be replaced on banknotes by Winston Churchill, we might all ink in Martineau’s image by way of protest at the lack of women on our currency.  For a neglected Englishwoman whose fame began with her writings on political economy, it would be an appropriate memorial.