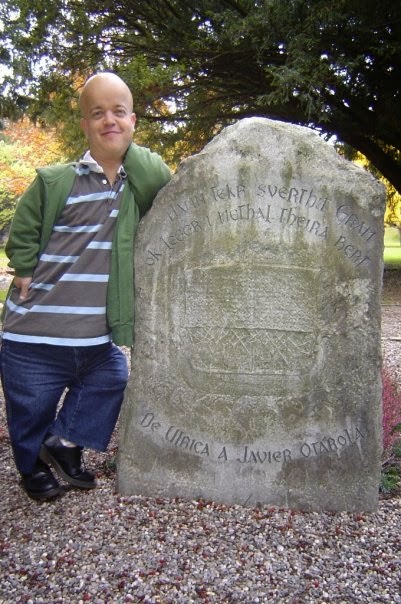 Links
http://www.themodernword.com/borges/
Posted by Tom Shakespeare at 2:54 PM No comments:

"Now that I so seldom have the strength to paint, I have started on a self-portrait. This way the model is always available, although it isn't at all pleasant to see oneself." - letter to a friend, 1921

This year marks the 150th anniversary of one of Finland’s most famous painters, whose long career spanned phases of Realist, Romanticism, Impressionism, Naturalism, Symbolism, Expressionism and Abstraction. Across Finland, there will be events and exhibitions to mark her life and work. The fact that she succeeded as a disabled woman artist, in an era where female creativity was rarely celebrated, is truly a cause for celebration.

None of this might have happened had she not falled down stairs and broken her hip as a four year old. As a result, she ended up with a limp. She never attended school, and was left with limited mobility. But being housebound meant that she could concentrate on drawing. By the time she was eleven years old, she had enrolled at the Finnish Art Society – five years younger than the other students. Although the death of her father from TB left the family poor, she continued her studies, despite the disapproval of her mother. Rather than tackling “feminine” themes, at this time she opted for large scale historical paintings.

She then moved to Paris for further study, funded by a grant from the Russian Imperial Senate (Finland being part of Russia at this time), travelling around Europe and trying to promote her career. In 1885 she came close to marriage, but her fiance’s parents thought her bad hip was caused by TB and discouraged the match. Perhaps being single meant she could concentrate on painting, but she wanted to have a child, and even tried at one stage to adopt.

Problems of health and poverty took her back to Finland in 1890. She lived with her mother, whom she looked after till the latter died in 1923. However, she also continued to paint, and taught at the Art Society Drawing School. However, in 1902, her poor health forced her to resign from her teaching position. In this phase of her life, her work moved away from the larger scale and historical style, towards depicting inner experience in an intimate style. Finally, she was rediscovered by art dealer Gösta Stenman, after which her career took off. In 1917, Schjerfbeck finally had her first solo exhibition. From this point on, her career went well and the days of poverty were over. She spent the last two years of her life at a santorium in Saltsjöbaden, Sweden, where she died on January 23 1946.

It’s easy, as with her biography, to see Schjerfbeck as a sad and crippled figure, but actually in her life she showed huge resilience, and finally achieved the success she hoped for. Well into her 80s, she continued to paint her marvelous self-portraits: she was working energetically to the end.

Posted by Tom Shakespeare at 8:56 PM No comments: