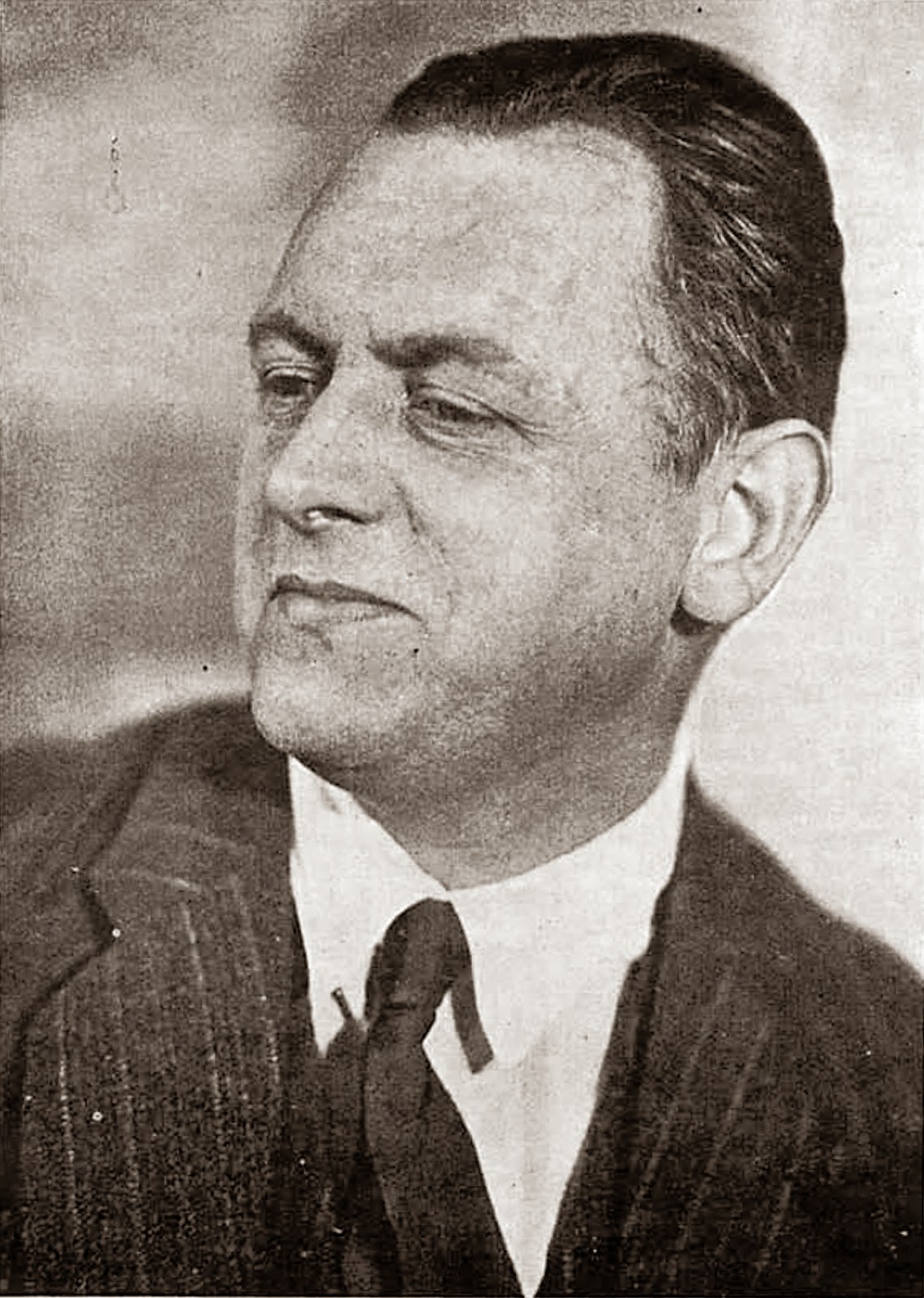 “here, with a smile, comes to meet you the very simplicity of a non-dogmatic human being, and the undisguised warmth of his rebellious yet constructive life”

Kurt Schwitters, born to a prosperous middle-class family in Hanover in June 1887, was a unique and subversive individual, who contributed to Surrealism and Dada and Constructivism, who made work as a painter and sculptor and poet, and who pioneered installation art and performance art.

Why is Kurt Schwitters relevant to a disability blog?  First, because he developed epilepsy as a child, and second, because of his deteriorating health at the end of his life.  According to the biography by Gwendolen Webster, Schwitters’ epilepsy first became evident when he was 14.  He had made a miniature landscape in the garden of his parents’ cottage complete with a hill and a pond, together with roses and strawberries, but local boys destroyed it before his eyes, at which point he had his first seizure.  His epilepsy was very distressing to him, with attacks lasting for up to five hours:

“He could generally sense the approach of a seizure, and the symptoms became obvious to ayone who knew him well.  First he would become nervous and irritable, and complain of a blinding headache.  His head, shoulder and arms would jerk uncontrollably until he collapsed.  As he lost consciousness, he would utter a series of terrible snorts, shrieks and cries, all the time hammering at the surface he lay on with clenched fists.   If he could manage to swallow a tumbler of diluted tincture of valerian before hand this would allay the symptoms to some extent.  When the seizure was over he would fall into a deep sleep for up to sixteen hours.” (Webster, 1997, 7)

The seizures became more frequent, with up to two every day.  As a result of the condition, he missed a year’s schooling, meaning that he was 21 before he finally matriculated.  Epilepsy may also have made him more shy and introverted.  He was described as having a perpetual frown, and of being immersed in a world of his own: literature, music and art became very important to him.  But this did not stop him becoming unofficially engaged to Helma Fischer, an unassuming local girl, who was working as a governess and became one of the two women who were to support him throughout his life.  As a friend was to say later,

“Helma Schwitters deserves a special monument for her unfailingly patient and dedicated attitude to her husband, who laid claim to everything around him.” (Webster, 1997, 109).

She helped him cope with his seizures, and he would try always to take her with him when he went on journeys, for example.  However, she also had difficulties, such as rheumatoid arthritis, which increasingly meant she would be unable to join him in his passion for dancing.  She was also extremely shy, which must have made the gregarious artistic circles rather difficult for her.

Epilepsy  meant that when war broke out in 1914, Schwitters was exempted from service and stayed home in Hanover.  He and Helma married in October 1915, and lived on the second floor of his parents’ house.  At this time, he was studying art in Hanover and elsewhere.  Initially, his style was rather uninteresting and conservative.   In 1916, all adult men were called up, and he was sent to the Wulfel ironworks as a technical draughtsman.  He began new abstract drawings inspired by machines.  The following year, came the tragic death of Kurt and Helma’s first son Gerd, who only lived for 8 days in an incubator.  Together with his association with the Kestner Society of artists in Hannover, this seems to have precipitated a turning point, as seen in the works “Mourning woman” and “Suffering” which he exhibited that year.  Schwitters

“began to stand back from himself and his narrow world by means of abstraction…he  began to see art not as a front behind which he could conceal himself but as a means of self-expression.” (Webster, 1997, 30).

He began to write and recite poetry in the Expressionist style.    Particularly after he joined the Hanover Succession group of avant garde artists, unconventional behaviour became acceptable – which included his epilepsy.  Either because he had found creative fulfilment, or because he felt he was with like-minded people, after this his seizures began to diminish.  The war was a turning point in modern art:  “Everything had broken down,” said Schwitters; “new things had to be made out of fragments.”  Hence his famous collages.

Schwitters’ career as an artist in Hanover and Berlin flourished after his one man show in  Berlin’s Dr Sturm gallery in 1919.  He went on to make contributions to the Dada movement, with his collages, an approach known as Merz (from the word Commerz in an advert incorporated into the first of his collages), and with his performances and particularly Ursonate  - poems recited for their musical qualities rather than their meaning.  His work was so pioneering that critics thought he was mentally ill and mocked him.  This did not prevent him becoming influential in European and American art circles.  In the late 1920s, he also had success as a typographer.    From 1923 onwards, Schwitters was developing an elaborate installation in the family home in Hanover, which he named the Merzbau: room after room was converted into a grotto-like sculptural environment, which he originally described as a Cathedral of Erotic Misery.  It contained unlikely items such as friends’ underwear and a bottle of his urine.

At this time, Schwitters was actually rather healthy, although he was also obsessed with his health. He took his stock of medicines with him in a suitcase wherever he went, adding to them rather than discarding any, and ended up with a huge stock of remedies.    Although by now he was only having about one seizure a year, the Nazi hostility to disabled people – as shown by their eugenic policy and anti-disability propaganda – scared him, because he worried he would be confined to an asylum.   The Nazis would include him in their exhibitions of Entarte Kunst (Degenerate Art) which toured Germany from 1933.

Alongside the Entarte Kunst exhibitions, aware of growing hostility towards Jewish friends and other artists, and now hearing that the Gestapo wanted to “interview” him, Schwitters and his son left for Norway in 1937, leaving Helma behind in Hanover to look after the family property.  In Norway, he built another Merzbau in his garden, near Oslo.  Helma came several times to visit her family.  But after Schwitters left Norway for Britain in June 1940, he was never to see his wife again. 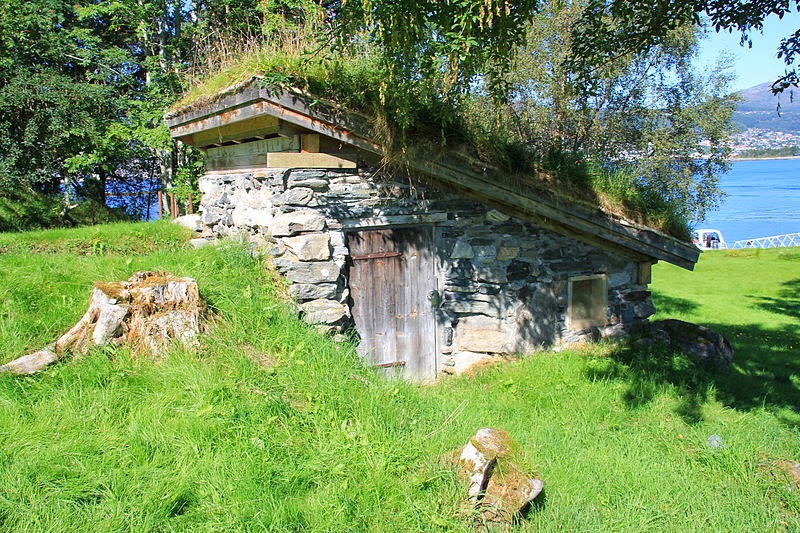 On arrival in Britain, Schwitters joined the thousands of other refugees who were interned as enemy aliens.   Aged 53, he was to endure nearly 18 months of miserable conditions in Edinburgh, York, Bury and finally the Isle of Man.  These conditions and the anxiety of internment exacerbated his epilepsy, and  his health deteriorated from now on.  However, he continued making art, painting portraits of camp staff and other inmates, and making possibly the world’s first porridge sculptures.  He became a celebrated and much loved inmate, for quirks like his habit of leaning out of a window to bark like a dog every evening before retiring to bed.   His compatriots would learn his Ursonates and for in years to come, any reunion of inmates would include recitations.

After release, Schwitters moved to London, where he struggled to survive and continue making art.  His health was not good, with symptoms of breathlessness and high blood pressure.   However, he was now part of a wider artistic community again, and he was also receiving food parcels from admirers in America – which also gave him materials for new collages (apparently he also enjoyed using Bassett’s Liquorice Allsorts wrappers).  A fantastic exhibition at Tate Britain in 2013 showed the work Schwitters made at the end of his life in Britain.

In London he met a young neighbour, a telephonist called Edith Thomas, whom he nicknamed Wantee (because she was always offering him cups of tea) and who called him Jumbo (because he was so tall).  She was to remain his companion throughout the rest of his life.

The end of the war was to bring depressing news: not only was his beloved wife Helma dead from cancer, but also his Mertzbau installations were destroyed in Allied bombing raids.  Nor was Schwitters allowed to emigrate to America.  Instead, in summer 1945, he and Wantee moved to the Lake District, where the mountains reminded him of Norway.    Schwitters and Wantee endured a comically severe landlady, but made friends with many locals, and he painted portraits again to gain an income, and made his own work, inspired by the landscape.  However, his health was steadily worsening. He suffered two strokes, a severe haemorrhage, broke his leg, and was several times near death.

Despite this, in March 1947, he decided to recreate the Merzbau in a local barn, financed by a grant of $1000 from MoMA in NY.   After the destruction of so much of his work, he was determined to leave something for posterity.  As colder, damper weather set in during late 1947, this work became more and more difficult.    Schwitters could by now only work for 3 hours a day.  Even so, he wouldn’t stop to allow a window and a floor to be put in to make the barn more comfortable, saying “There is so little time, there is so little time.”

As the days became shorter, he worked on by candlelight.  In early November, he passed out and hit his head on a piece of stone on the floor, which left him with head wound and two black eyes.  He was heartened to receive the good news that he would shortly become a British citizen, finally allowing him to travel abroad again.  In December, he had trouble breathing on the way back from the Cinema in Windermere, but he still went to the barn to work.   He collapsed again, and was taken to Kendal Hospital, where he finally died on 8 January 1948.

Kurt Schwitters died in obscurity, aside from the appreciation of his friends and fellow artists.  But nevertheless, Schwitters had confidence that he was a great artist, and that he would one day be rediscovered and celebrated, as has indeed come to pass.  His Merzbarn was moved to the Hatton Gallery, Newcastle, and he has became one of the most influential twentieth century artists.  Naum Gabo said

“It needs a poet like Schwitters to show us that unobserved elements of beauty are strewn and spread all around us, and we can find them everywhere in the portentous as well as in the insignificant, if only we care to look… to me, his collages are a constant source of joy.” (Webser, 1997, 395)

Kurt Schwitters’ own final message was this:

“If you people of the future really want to do me a special favour, then try to appreciate the most important artists of your time. It’s more important for you and more pleasurable to me than if you discover me at a time when I have long been discovered.” (Webster, 1997, 401) 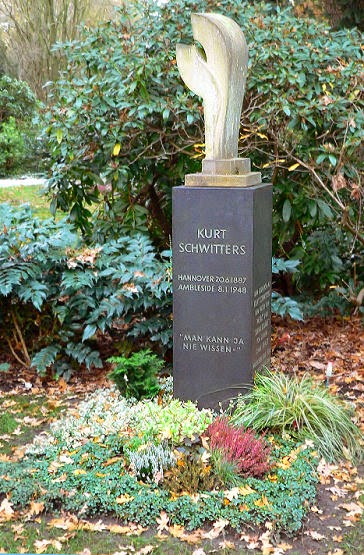 Posted by Tom Shakespeare at 12:06 PM