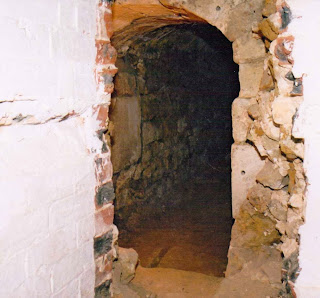 Nicholas Owen was taken first to the Marshalsea Prison, and then to the Tower of London, where he was tortured on the track. This, apparently, in contravention of the medieval tradition that “maimed people” were not to be exposed to torture. Nevertheless, Owen named no names – even though he would have certainly known hundreds of Catholics and their networks of support. He made a confession of his own activities, but without incriminating anyone else. With no skilled accomplice to break him out, he died in the Tower on March 2nd 1606, disemboweled: the authorities later claimed that he had done the deed himself. A jailor admitted to one of Nicholas Owen’s relatives that in fact his hands were so damaged by the end that he could barely feed himself. So perished the man whom the Rev Richard Coles has labelled the patron saint of Illusionists and Escapologists.
Posted by Tom Shakespeare at 8:57 AM